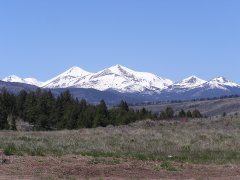 In the early 1990s I met Don Alejandro Cirilo Perez of Guatemala. Then over the decades I had the fortune to travel with him in the Yucatan, in New England, and on the south flank of Tzoodzil, the sacred South Mountain of North America’s steadfast Four Corners.

In those times and places I had a chance to talk with Don Alejandro about the land, the earth, and some of the Mayan teachings concerning Winter Solstice, 2012.

A Daykeeper of the famous Mayan Calendar, the founder of several orphanages, and the leader of the National Council of Elders Mayas, Xinca and Garifuna of Guatemala, Don Alejandro is a 13th generation Quiche Maya elder. In our conversations he revealed a generous measure of insight concerning the way things are with the land and the people.

My interviews with Don Alejandro eventually got wrapped in as part of a concise 40-page eBook I published three years ago: Tales of the Whirling Rainbow: Authentic Myths & Mysteries for 2012. Now, as the 2012 turning point on the Mayan Calendar arrives, it’s time to re-articulate some key parts of that message. 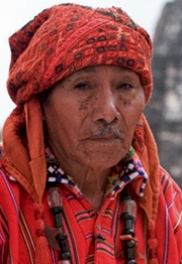 As with all traditional native elders north, south, east or west, Don Alejandro regards the earth as mother. Among the oldest traditions of the Americas, it is understood that men and women of honor treat their earth mother – Tierra Madre – with respect and consideration. That kind of respectful perception and relation with the land and the earth arises primarily out of contemplation.

Don Alejandro spoke then and speaks now, of a prophesied evolutionary transition to a New Sun (Era) — the Shift of the Ages described in the Mayan calendars with the date of December 21, 2012 given as a focal point.

Don Alejandro said that indigenous cultures around the world hold in their oral traditions an understanding that civilizations have risen on earth many times in the past, and then fallen. These civilizations fell apart, he said, primarily because they developed and employed technology without wisdom or respect for nature. Then the natural world became profoundly unbalanced.

“Once again,” Don Alejandro told me, “we are in a period of time when technology dominates life and is generally being applied without wisdom.

“Big changes are coming in this frame of time. All the elders know that. That’s why it’s important to talk now and to remind people to respect Mother Earth, and to stop destroying the water, air, land, and mountains.

“Arise. Awaken,” he said. “This is the dawn of a new time. The life of the Planet Earth is the responsibility of all.”

Among other things, Winter Solstice 2012 marks a widening awareness of this basic understanding about the land, Don Alejandro reckoned, and also a deepening appreciation of its importance.

This entry was posted on Thursday, December 13th, 2012 at 12:11 PM and is filed under Call of the land, Responses to the call. You can follow any responses to this entry through the RSS 2.0 feed. You can leave a response, or trackback from your own site.