Climate Change and the Power of Community

I wrote out a quick question on a slip of paper, and sent it on to the moderator last night as Bill McKibben of 350.org finished his lecture for the E.N.Thompson Forum in Lincoln, Nebraska. 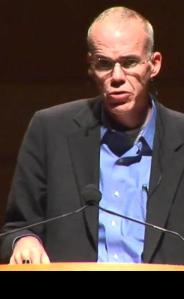 “What about the role of industrial agriculture in climate change?” I wrote. A few minutes later the moderator posed the question to McKibben, who had a ready answer.

Industrial agriculture is a factor in global warming, he said, contributing about 18% of the world’s greenhouse gas emissions. “That needs to change,” he added.

McKibben said that all through the Holocene Epoch (the last 12,00 years) we human beings have been able to count on the basic stability of habitable conditions that allow agriculture. There have always been good years and bad years in one place or another, but the basic pattern has been stable.

“We can’t count on that any more,” McKibben said. “Climate change is biting harder and faster than we thought…It’s going to impact our ability to grow food.”

As McKibben was speaking the waters were still rising in the epic South Carolina flood catastrophe brought on by the whiplash of Hurricane Joaquin, and 2015 was decidedly on track to be the hottest year in recorded history.

“The disaster in South Carolina is off the charts,” he said, “but that kind of stuff is happening somewhere in the world every day now. And we are just getting started…We’re not going to stop global warming. It’s too late for that. But if we act fast enough and decisively enough, we may slow it enough to survive.”

McKibben said this is a beautiful moment for agriculture because for the first time in 150 years the number of farms is going up, not down. He commented that a lot of young people are seeing that the vocation of sustainable farming can help them address climate change by reducing ag emissions through agroecological approaches and improving the soil health so that it absorbs CO2.

In concluding his lecture McKibben observed that for years we have emphasized the importance of taking individual actions – such as using energy efficient light bulbs, riding bikes, and installing solar panels – as a way of countering climate change. “But that’s not going to do it,” he said. “It’s just not enough to stop climate change. Climate change causes are structural and systemic, and now pose the greatest threat of all time to human life.” 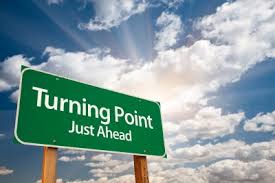 He said climate change is requiring us to come together in a movement. “The power of community is the theme of the year ahead…Community is one of the best manifestations of being a human being. We are social creatures. We derive a great deal of satisfaction in working with each other toward a common end.”

McKibben and 350.org will be in Paris this December with a massive community of activists working toward a common end by sending a message to the world governments meeting for COP21 to try to strike a new global climate agreement. That message will be, “make this a turning point.”

In the aftermath of McKibben’s lecture, no doubt because it is the central topic commanding my attention these days, I saw again how important Community Supported Agriculture (CSA) can be in the context of climate change. CSA creates pathways for all manner and shapes of communities to apply themselves in support of the kind of agroecological healing of the land that will, indeed, make this a turning point. It’s time for Awakening Community Intelligence.

This entry was posted on Wednesday, October 7th, 2015 at 10:30 AM and is filed under Call of the land, CSA, farms, industrial agriculture. You can follow any responses to this entry through the RSS 2.0 feed. You can leave a response, or trackback from your own site.