“Nutrition as it is today does not supply the strength necessary for manifesting the spirit in physical life. A bridge can no longer be built from thinking to will and action. Food plants no longer contain the forces people need for this.” – Rudolf Steiner

Although of immense interest to millions of people – inspired in part by the continent-wide community food movement  –  the vitamins, minerals, calories, protein and carbohydrates of our sustenance are but material factors. Libraries of books have been dedicated to these material aspects. Mostly overlooked are the forces at work upon the land, the plants, and the animals that yield the food upon which we feed. Yet these forces – the energetic spiritual aspect of our victuals – are key elements of a true power diet.

The UN’s global food bureaucracy, Codex Alimentarius, has a horde of committees, commissions, and task forces to evaluate and to proclaim stipulations upon everything from agrochemicals and GMOs to spices, microbes and meat. But Codex – heavily biased toward industrial agriculture – has nothing whatsoever to reckon with the light forces (biophotons) embodied in and conveyed by food. Apparently, forces are considered too esoteric a factor, and possess no directly exploitable connection to profit. 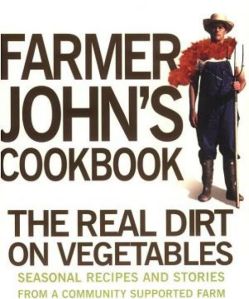 This abstruse reality came into focus for me again this week as I paged through Farmer John’s Cookbook: the Real Dirt on Vegetables (2006). It’s a marvelously motley buffet of insights, essays, observations, illuminations and recipes from the famed Angelic Organics CSA in north central Illinois. Farmer John’s book does not confine itself to food in isolation, but also – of necessity – explores farms as living organisms, the foundation upon which civilization rests. It also embraces the reality of the forces at work on farms, and in the food that comes from farms.

Author John Peterson, accorded agrarian celebrity in the film The Real Dirt on Farmer John, takes farms and food to a rarefied level of discussion. He transcends materialist, reductionist attitudes towards food, approaches that often lead to fetishistic obsession on physical properties such as vitamins, minerals and calories. Peterson offers instead a banquet for the soul of people who recognize that the way we produce our food, fiber and ethanol fuel is perhaps the greatest destructive force extant upon our wobbly planet, and paradoxically also the most effective pathway to heal the damage.

“As a natural extension of our use of Biodynamic farming practices,” Peterson writes, “we have come to see our vegetables and herbs not only as ingredients to be washed and chopped and tossed into stir-fries but also as plants with life forces that can enhance health on many levels.”

“Food is more,” Farmer John posits. “Food is a potential carrier for the forces that build up our thinking feeling, and willing…Food imbued with these forces can contribute immensely to the task of bringing healthy social impulses to humanity. 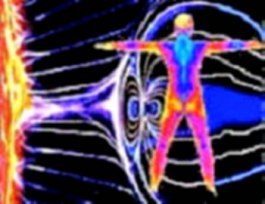 Farmer John’s Cookbook endorses no particular food regimen or discipline: neither omnivore, vegan, low-cal, low-fat, Mediterranean, Paleo, Flexitarian, nor any of the other myriad of dietary permutations and possibilities. Rather, it presents information and encourages readers – growers, cooks and consumers – to make their own informed decisions out of their own intelligence and free will. In that sense, the cookbook represents what one of the book’s essayists, Dr. Thomas Cowan, identifies as a “middle way.”

A lifelong farmer, Peterson understands that the farm is not just a local production unit for food, not just an economic engine, and that there is soul-deadening danger in regarding them in that mechanical, materialistic fashion.

Farms are, rather, organisms at the very center of earthly existence for every human being. Farms stand between heaven and earth, distinct, particular force-mediating organisms with biological and spiritual qualities that – for better or worse – impact the essential quality our existence and transfer to us forces of varying quantities and qualities when we consume the food they yield. This Mystery is one of the unacknowledged benefits of authentic Community Supported Agriculture (CSA), which has the potential to bring human beings into direct conscious support with the farm organisms which make life in the modern world possible.

Plant and animal life is intimately bound up with the life of the soil. The more light force a food is able to access and store, the greater the vitality, clarity and will force it conveys to the consumer. Farmer John’s Cookbook conveys a feast of understandings about this spiritual energetic dimension, and also a wealth of practical and delectable recipes that can help bring the understandings (and the forces) together on the end of a fork – a genuine power diet.