CSA in the USA: The Next Quarter Century

“For whatever reason, whether it’s the economy or the availability of oil, or how crops are grown and where, people will very likely be turning to their neighbors for a network of support. That’s where CSA stands right now as a wise response.”       —Erin Barnett, LocalHarvest 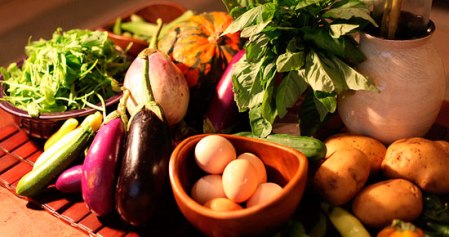 Twenty-eight growing seasons ago our forefarmers brought forth on this continent a new way of living in relationship with the people who eat the food they grow and with the land that sustains us all.

Conceived in community, the approach was rooted in the best of agrarian traditions — not just of Europe, Asia, and Africa, but also from the essential ethos of this our native land, Turtle Island (North America). From the outset, this new farm way has been favorably engaged with the digital, high-tech culture emerging so dynamically in the world.

This relationship with land, with neighbors, and with plants and animals came to be known as CSA, or Community Supported Agriculture.

Now that 28 growing seasons have come and gone we have well over 8,500 CSA farms in the USA, extrapolating from national databases. Community Supported Agriculture (CSA) is serving hundreds of thousands of families and households in urban and suburban communities, and also in some rural locales. Many thousands more such community farms are at work in Canada and globally, weaving people together with the land and their food.

Yet across the US, many rural regions are “food deserts” where production ag reigns supreme, and fresh local food and supermarkets are scarce. In this context, CSAs in general (and also collaborative CSAs, a.k.a. cCSAs, and CSAs in partnership with co-ops) have potential to meet many profound needs.

But before CSA will make a significant, rural impact, the movement will need to reckon with a paradox: many farmers and shareholders identify community as a weak part of CSA. They say it’s just not happening as theorized.

In their  article Farming Alone? What’s Up with the ‘C’ in Community Supported Agriculture? scholars Antoinette Pole and Margaret Gray tell of how they learned through an extensive survey that few people say they consciously join CSA to build community or meet like-minded people. The majority say they sign up for the fresh, local, organic produce.

Anthropologists Cynthia Abbott Cone and Ann Kakaliouras set out a contrasting view in their equally thoughtful paper, CSA: Building Moral Community or an Alternative Consumer Choice? Identifying CSA as a social movement, the authors observe that many participants express their commitment in moral terms, and see themselves as nurturing soil, family and the larger community.

Beyond paradox, there is a revealing reality: many CSAs have dismal renewal rates. A study undertaken with LocalHarvest, the nation’s leading online directory of organic and local food, reported that sustaining membership is one of the most difficult aspects of running a CSA. In many areas of the country, the public has a number of CSA options, including aggregators, which may eschew community to follow a “business model.” Aggregators source products from several farms to sell to buyers; some advertise themselves as CSAs.

In analyzing data from the 850 farms in the LocalHarvest study, researchers identified two things that CSA farmers can do to remedy membership turnover: host special events on the farm and consciously build personal relationships with members. But that’s asking a lot of farmers and their families: to grow the food and also to grow the community around it.

That’s why the CSA core group concept — a group of committed volunteers who serve and advise the farm — has been key in helping many CSAs sustain themselves. No doubt core groups could also play a crucial role in helping CSAs reckon with the FDA’s impending and ill-conceived Food Safety Modernization Act, which seems designed to ensnare small, organic farms in red tape and added expense.

As CSA pioneers conceived of it 28 growing seasons ago — and as it is still being practiced at many community farms — CSA is not just another clever approach to marketing. Rather, community farming is about the necessary cultivation of earth-renewing agriculture through its healthy linkage with the human community that depends on farming for survival. It’s also about the necessary stewardship of soil, plants and animals: the essential capital of human cultures.

If the ideals are kept in mind over the next quarter century and community does engage, then in addition to all it has already accomplished in our cities and suburbs, CSA can continue to metamorphose and do far more, and also make an emphatically healthy difference in rural America.

Note: A version of this essay was first published in The Cultivator, newsletter of The Cornucopia Institute.

I had an opportunity to give a 3-minute Quick Pitch talk on this theme — CSA in the USA — at the national Rural Futures Conference held Nov. 4, 2013 in Lincoln, Nebraska. Here’s a link to a Youtube video clip of the talk.