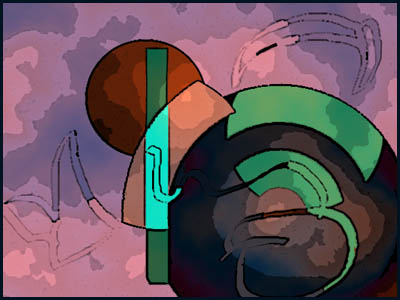 The land is well beyond calling. It’s howling. Howling so loud it cannot be ignored. Around the world.

This ear-ringing reality came to the forefront today on the pages of The New York Times in a story headlined, “When the ground goes bump in the night.”

The story reports on events taking place in Clintonville, Wisconsin. “Police here have received hundreds of calls this week from citizens awakened by noises that they said seem to be coming from under the earth.

“At times,” the Times reported, the nocturnal noise is “like someone banging on the pipes in the basement, while at other times it was so loud that windows rattled and the ground jolted.”

“There’s something radically wrong with this earth,” Verda Shultz, 47, told the Times.

The unexplained noise in Wisconsin is just one of many such occurrences in recent news. The Huffington Post published a report on several other notable cases from around the world. In that report speculation on the cause of the noise ranged from UFOs to tectonic earth shifts to UFOs, to hoaxes, to widespread industrial-scale  hydraulic fracturing, or fracking, which the US Geological Survey has confirmed absolutely causes earthquakes, to possibly the USA’s ongoing, provocatively pulsating HAARP project as it is situated in the north direction. Across the Internet, a  swelling mass of webpages and YouTube videos echo the disturbing sounds that are being heard around the globe.

As I hear the noise — whether it originates from the distress in the earth or from the distress in human souls operating occult technology —  the call of the land has attained an extreme level. It’s howling. The land — our earth — requires our intelligent, respectful, heartfelt and ongoing responses.

Renowned Mayan elder and Daykeeper Don Alejandro Cirilo Perez long ago shared his view concerning foundational native understandings for calendar year 2012 and the general tenor of our era: “Big changes are coming in this frame of time. That’s why it’s important to talk now and tell people to respect Mother Earth, and to stop destroying the water, air, and mountains…”