When I heard about the historically feeble wheat crop of 2013 I began to look around again in the realm of world food production, and once again to connect dots. The sad state of the wheat crop in America’s Central Plains is happening right in my back yard of Nebraska, so that’s what captured my attention again. But the wheat tribulations of the Heartland are but part of far larger story about world food production with far greater implications for local food production.

Yet further rigorous international studies released this week declare that the world is lurching towards an agricultural crisis, with crop production falling behind rates needed in coming decades. 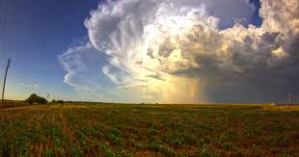 In one case, in a follow up to the United Kingdom’s Climate Change Risk Assessment, a just released official report stated that climate change abroad would have a more immediate effect than climate change at home. Taking the most reasonably optimistic view possible, the report states that the UK is likely to be hit by increasingly volatile prices of many food commodities as the climate is disrupted.

Global production of many key foodstuffs is concentrated in a just few countries. Those countries are likely to suffer increasing episodes of extreme weather. As a consequence, the report states, the biggest threats are shortages of particular items, increased volatility in food prices in general, and constricting protectionist measures over food.

Those same events would, naturally, also impact the economy, food supply, and the cost of food in North America, and elsewhere. Like it or not, we are all one planet. That’s an inescapable fact of life in 2013.

The paper regards climate change not only as fact, but as a multiplier of other threats. “Already price volatility of resources is the new normal,” the authors told BBC News. “This only looks as though it will get worse.”

Meanwhile, arising from the Southern hemisphere, another report warns that famine and its ancient, aggravating companion, war, are becoming an increasingly likely part of Australia’s future as the world struggles to feed itself.

“Clearly, the world faces a looming agricultural crisis, with yield increases insufficient to keep up with projected demands,” according to authors of the report. ”We have no time to waste.”

Shortages and rising prices are creating a double whammy: families struggling to put food on the table, while at the same time governments in the US, Australia and elsewhere are cutting back on food support and other social welfare programs.

In concert with obvious climate concerns is the political-corporate context. America’s Green Shadow Cabinet has just formally opposed the Trans-Pacific Partnership (TPP) as an assault against food sovereignty. According to the Cabinet’s analysis, the trade agreement – now under secret international negotiation — places the profits of multinational companies ahead of the food security needs of individual nations. 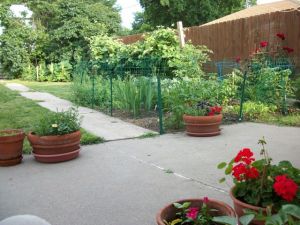 One corner of our backyard garden in Lincoln, Nebraska.

Access to food is a basic human right, the Cabinet asserts. The TPP, however, expands the cold, materialistic notion that food is just another commodity subject to financial speculation and exploitation to increase the profits of multinational corporations.

TPP promotes not local, but rather export-oriented food production. In its analysis, the Cabinet found that  passage of the trade agreement would increase global hunger and malnutrition, alienate millions from their resources of land, water, seeds, and technology and, thwart generations of accumulated cultural knowledge.

“Food sovereignty is the right of peoples to control their own food and agriculture…to guarantee the independence and food sovereignty of all of the world’s peoples, it is essential that food is produced though diversified, community based production systems.” 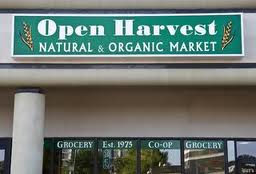 In the context of all these dots of information about world food production, and many others, local food production emerges as not just wise and beneficial for a host of reasons, but also imperative.

In my own life I think not just of my backyard vegetable garden as one wee element of local food production, but also of our local food coop, Open Harvest, which is now nearing 40 years of operation. Open Harvest is an active market agent buying food from over 110 organic, sustainable farms ranged around Nebraska’s capital city of Lincoln, and then selling that food at reasonable cost. Just participating in a local food coop as one of thousands of member-owner makes a huge difference in the push to develop local production systems.

There are hundreds of other proven pathways open now for the development of our local food systems, ranging from local farms, CSAs, coops, farmers markets, community kitchens, farm-to-school programs and other community agrarian initiatives. If you are paying attention to world food production, you will recognize that it is time now to be active in local food production, something both wise and increasingly imperative.

This entry was posted on Friday, June 21st, 2013 at 4:42 PM and is filed under Call of the land, Resources, Responses to the call. You can follow any responses to this entry through the RSS 2.0 feed. You can leave a response, or trackback from your own site.